WHY WE CREATED THIS TRAINING COURSE

For many years we have all been waiting for a course to train all educators in how to support their Neurodiverse students with Specific Learning Difficulties. Over the years, 1000’s of teachers have asked us for this type of training. To date, no such course has been created in Australia, and so we looked overseas and received permission from UK Education Dept to deliver this training, to teachers in Australia, and now it’s going around the world!

We have added to this accredited training by offering it in an innovative, multisensory, online, on-demand, video-based platform. This ground breaking training is easy for anyone to access, regardless of where you may live or work, so anywhere, any time! The original course material was written by many experts within the field of Learning difficulties and are listed below. All links to evidence and research are provided within the course material.

This amazing course would never have come to fruition without my friend and colleague, Liz Dunoon. Her dedication and passion to help struggling learners, coupled with her innovation and experience, have taken this training to a new level! Enjoy it and keep us posted!

FUNDED BY THE UK EDUCATION DEPARTMENT

We would like to express our sincere gratitude to Liz Horobin for orchestrating this training during her role as Project Director of the BDA. This training not only offers valuable insight into the overlap of learning differences but goes on to help build a solid foundation with key strategies coupled with vital checklists across the four stages of education. It is that breath of fresh air which allows us to share our common goal of reaching and teaching every learner, despite their differences.

Jillian Zocher is Specific Learning Difficulties Specialist for students across the age range. She completed a Postgraduate Diploma in Specific Learning Difficulties in conjunction with the Helen Arkell Dyslexia Centre (UK) and the Oxford and Cambridge Royal Society of Arts in 2002, after years of having taught at dyslexia friendly schools overseas. Her practice, Decoding Dyslexia, is at the Dyslexia and Learning Alliance Centre on the Central Coast, NSW. Jillian also offers a comprehensive, 45 minute screening and follow-up report via skype for all ages. www.decodingdyslexia.com.au or e-mail: decodingdyslexia@gmail.com

Jillian is the founder of the Learning Difference Convention and The Australia Learning Difference Dyslexia Handbook, borne out of charitable efforts on the Central Coast NSW towards Dyslexia awareness. Through accredited seminars and workshops, she aims to heighten awareness and offer support for those with diverse needs, those with a learning difference, thereby enabling an inclusive passage of education for all. www.learningdifferenceconvention.com

Jillian is about to launch two new websites, one for those of you who are unable to attend the annual convention. This new platform hosts videos from some of our seminars http://workshopstrust.com/, and the second website, http://swapcardgames.com/ links teachers and parents, to valuable resources for use across all age ranges. This website will be that breath of fresh air you have been looking for when it comes to reaching even the most severe dyslexics! 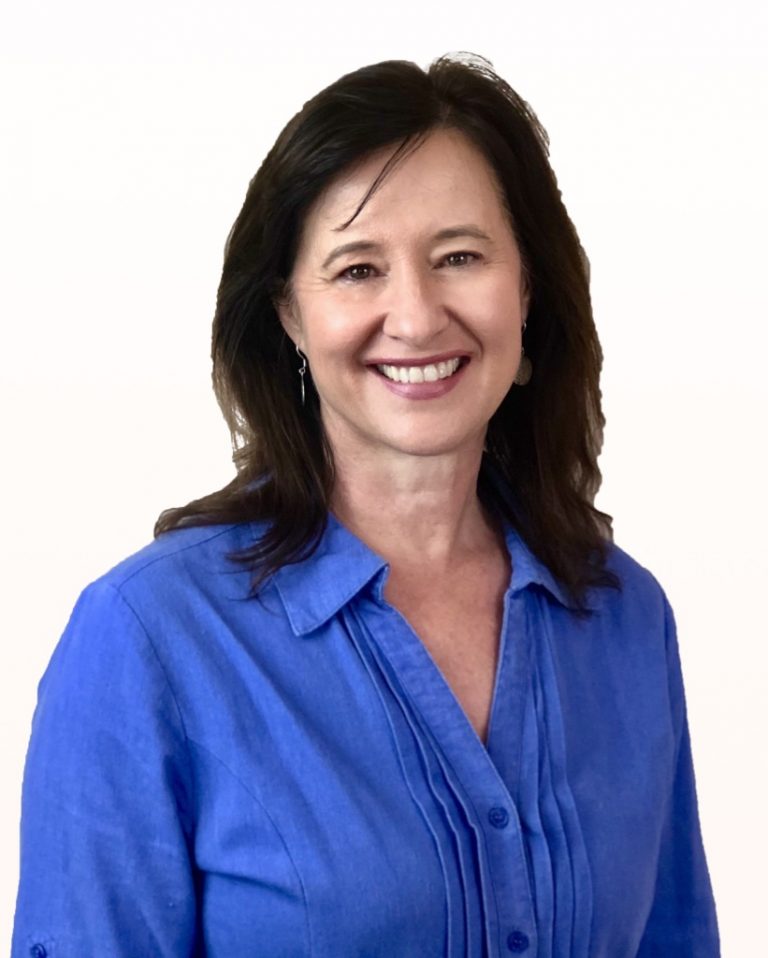 Liz Dunoon is a teacher and a mother to 3 children all with dyslexia. She is the author of 4 books including ‘Helping Children With Dyslexia’, the creator of the Speech to Spelling Code (STOS) and the video based on line tutoring program ‘The Ten Minute Tutor’(TTMT).

Liz has spent the last 15 years researching and studying dyslexia and Specific Learning Difficulties. She supports individuals, parents and teachers. She networks with dyslexia researchers, specialists and educators from around the world, researching new information and material and presenting it in such a way so parents, teachers and dyslexia specialist can utilize this knowledge in their own work and lives. Liz does this via her free resource websites; Get into Neurodiversity as well as www.dyslexiadaily.com , www.speechtospellingcode.com , www.thetenminutetutor.com and related social media pages. Her following is well over 200,000 parents, teachers and specialists worldwide and more than 10,000 individuals have completed her TTMT tutoring program.

Liz knows that with appropriate educational support intelligent children with neurodiversity and Specific Learning Difficulties can shine. Adults with SpLd who experience success in life always report that a significant parent or teacher was their ‘champion’ and inspired them to overcome adversity, forge ahead and succeed. It is Liz’s intention to create more of these champions and in fact to have a champion in every school. Together with Jillian Zocher, a dyslexia specialist teacher, Liz has created the NESA accredited training course for educators, specialists and parents to ensure every child has access to a champion: Teacher Training for Students with Neurodiversity.

Her key word is ‘Transformation’. Being educated about SpLD is powerful – and a community of powerful people can bring about positive change for neurodiverse individuals.

Pianist/accompanist – Self employed (1980 – Present : 39 years)
Over the years, I have worked as a piano teacher both full and part-time, as well as providing accompaniments for concert and exam performances. From 1989 – 1996, I was a member of the Natural Theatre Company of Bath and played keyboards for their productions of Scarlatti’s Birthday Party and Scarlatti’s Wedding, in the UK, Germany, Austria, Switzerland, Finland, and Israel.

Head of Foundation Courses for International Students – Bath Spa University (April 1996 – January 2010 : 13 years 10 months)
I began working as a teacher on Foundation Courses for International Students at Bath Spa University in 1998. In 2002, I took on the role of Head of Foundation, in which position I oversaw the extension and development of a suite of foundation programmes, including Art & Design, Music, Business, Tourism, and British Culture. 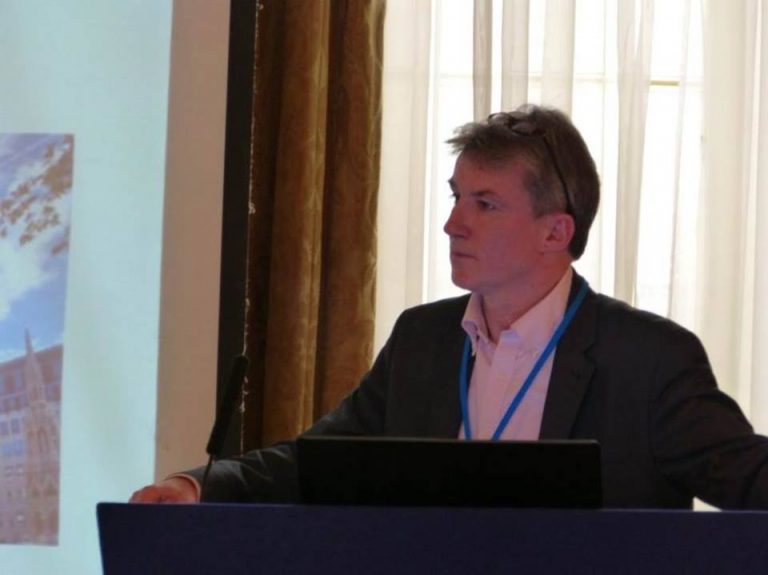 Fin is one of the leading behavior and learning specialists in the UK. He trained as a secondary Science and PE teacher after studying Zoology and Genetics at Sheffield University and remains fascinated by the impact of nurture and nature on human development. He was the Headmaster of the Centre Academy School, regarded as the first specialist school within the UK for children with ADHD/ODD from 1996 -2002. Prior to this he has been a Deputy Head, Head of Department and Science/PE teacher in schools in London, Newcastle and Washington DC. Throughout this period he has worked with a range of students and parents and this experience has helped to develop a balanced perspective of the issues facing schools, teachers and families regarding behavior and learning differences. The SF3R behavior and learning model developed by Fin forms the principles of his approach regarding proactive short term and long term solutions to behavior and learning success as “although it is true that no two children are the same, structured and flexible systems and strategies will yield similar successful outcomes”. He is an internationally acclaimed presenter and consultant in Behavior, Learning and Motivation working both within the Education and Health sectors.

Within the UK he is currently a SEN and Behavior Consultant for the Schools Network and an associate lecturer for Leicester University, the National Association of Special Needs, Tribal Education and the Institute of Education.

Publications include the T.E.S. award wining book Educating Children with ADHD (2000), How to teach and Manage Children with ADHD (2001), Surviving and Succeeding in SEN and ADHD: Impact and Intervention: (both 2005), Troubleshooting Challenging Behavior and Challenging Behaviors (both 2006) The Small Change: Big Difference series Inattention, Hyperactive and Disorganised (2008) and recently published Successfully Managing ADHD 2014.

Author, Gill Dixon lives with three family members with the condition who are diagnosed from mild to severe. She is also a nurse and a teacher and so offers a unique perspective with a foot in health, education and as someone directly affected by the condition. Gill has written two other books on dyspraxia and is currently vice Chairman of the Dyspraxia Foundation. All proceeds from this book will go directly to the Charity in a bid to help it continue its excellent work. Dyspraxia is a complex and subtle condition that impacts on every aspect of a persons life.

The book covers, diagnosis, what dyspraxia is and isn’t, its impact, movement difficulties, family issues, visual learning difficulties, support strategies and more. This is an excellent and inexpensive book for those starting out on their journey with dyspraxia, but equally is excellent additional information for anyone interested in the condition, with prior knowledge, or who supports someone with the condition. It avoids complicated jargon and is a really accessible book which can be read as a whole or dipped into as needs arise. 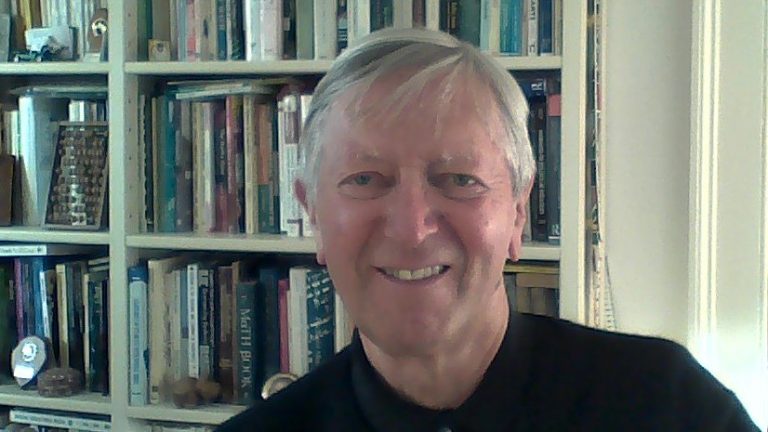 His experience spans over forty years of work and research in special and mainstream education. In 1986, he founded, developed and built a specialist secondary school for dyslexic boys, a school which won major national awards. He is now an independent consultant, researcher and writer and have presented papers, contributed to conferences worldwide (over 30 countries) and delivers training courses for psychologists, teachers, parents and support assistants.

He was the founder (1986) and Principal of Mark College, Somerset and retired in 2005. During his 19 years of setting up and running Mark College, it was awarded Beacon School Status by the DfES, the Award for Excellence by the Independent Schools’ Association, a Highly Effective School Certificate by the DfES, a National Training Award and a Sportsmark (with Distinction). Out of 14 members of staff, six had books published on aspects of dyslexia.

Societies and Committees (past and present)

·       Chair of the 3rd International Conference of the British Dyslexia Association

·       Chair (and co-founder) of CReSTeD, the Council for the Registration of Schools Teaching Dyslexic pupils

·       DfES Advisory Group on Partnerships between Independent and State Schools

·       Honorary Advisory Member of the Register of Educational Therapists (Singapore)

·       Visiting Professor at the University of Derby

He has lectured and provided INSETs and CPD in some 30 countries worldwide and have been a keynote speaker at many major conferences. He set up the first Post Graduate Certificate course in the UK for maths and dyslexia which was accredited by the BDA for the AMBDA (Numeracy). The course was validated by MMU (4 Masters modules at M level) and was delivered for 4 years under Mark College’s Beacon School funding.

Ambitious about autism is a charity for children and young people with autism. Providing services, raising awareness and understanding and campaigning for change.

The British Dyslexia Association has been the voice of dyslexic people since 1972. An organization working to achieve a dyslexia friendly society for all.

The Dyspraxia Foundation is a charity aiming to support individuals and families affected by dyspraxia/DCD. It aims to promote awareness and understanding. 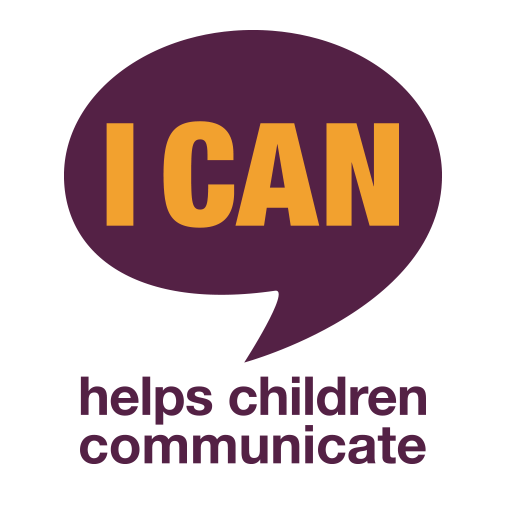 I CAN (Specific Language Impairment)

I Can Communicate is a children’s communication website aimed at increasing public awareness of the facts about children’s early language development.

The National Handwriting Association is a charity whose aims are to raise awareness of the importance of handwriting as a vital component of literacy, to promote good practice in the teaching of handwriting and to support those who work with children with handwriting difficulties.

Prices for all the courses - Primary/Secondary/Post16 are the same

Here licence refers to the users who are going to access the course.

This course is online and on demand and so teachers can access it whenever and wherever they wish.

The more licenses you purchase the cheaper it becomes per licence e.g. If you have 20 teachers, you will require 20 licenses.

As the course coordinator, you will be able to monitor the progress of each participant.

Each participant is given their unique login and they create a memorable password. All you need to do as the administrator is the load everybody's names and email addresses on the portal and the rest is all digital.

The course is delivered in approximately 30 minutes videos which are highly engaging.

The training includes checklists, pupil profiles and samples of individual educational plans so the teachers are able to work more closely with learning support units.

Having multiple teachers doing this course together, is an excellent practice, and was the intention of the course developers and authors of this course to facilitate a whole school approach.